How To Diagnose Hay Fever

What Are The Symptoms of Hay Fever?

In mild cases, these allergens trigger an immune system response causing either:

These symptoms can make it difficult to sleep, causing irritability. In severe cases, hay fever may cause anaphylactic allergic reactions in people with asthma, as it’s more aggressive and is commonly triggered for asthmatics.

There are 2 methods used to diagnose hay fever, using a skin prick test or an allergy blood test.

A doctor or medical professional will perform a physical examination to determine whether a skin prick test or allergy blood test is more suitable (sometimes both are recommended).

When undergoing a skin prick test, you’re pricked with a needle containing a slightly concentrated allergen and monitored for a possible allergic reaction.

If your skin turns red or you see raised bumps forming (hives), that would mean you’re prone to contracting hay fever.

When undergoing an allergy blood test, a blood sample is taken and sent to a lab for testing. The lab measures your immune system’s response to a specific allergen, which is called a radioallergosorbent test (RAST).

This measures the amount of allergy-causing antibodies in your bloodstream, most allergic reactions trigger antibodies called Immunoglobulin E (IgE).

Both hay fever and the common cold have many similar symptoms such as a runny nose, sneezing, and coughing, but are triggered very differently.

Hay fever is an allergic response by your body, usually focused on your sinuses. While a cold is an illness, a viral infection.

The common cold is not an allergic reaction, but your body’s immune system fighting to remove the virus and surrounding bacteria. A cold is usually focused on the sinuses and respiratory tract.

Hay Fever vs The Flu (Influenza)

There are 2 main types of influenza, type A and type B. Both types of flu are mainly spread every fall and winter season.

Vaccines exist for both influenza types A and B, strengthening your immune system. These are commonly taken by older individuals and children as their immune responses are much weaker.

The difference between hay fever and coronavirus (COVID-19) is that the coronavirus, like the flu, are both viruses and not an allergic reaction like hay fever.

The novel coronavirus is a highly infectious and dangerous virus that’s spread through mucus, water, and air.

Symptoms of the coronavirus differ drastically, depending on your immune system’s strength, age, diet, and overall health.

The most common symptoms of COVID-19 include:

Unlike hay fever, the coronavirus has a small chance of causing death, especially in people who are immunocompromised, autoimmune, and older individuals.

Treating hay fever can be done in a variety of different ways including seeking medical treatments and medication, dietary changes, and natural remedies.

Depending on the severity of the reaction, you need to seek treatments accordingly. For mild symptoms, natural remedies and healthy dietary changes can be enough to treat and prevent hay fever.

If you’re prone to severe reactions or asthma attacks, you must seek medication or medical treatments which usually include an inhaler or medicated puffer.

Children are highly prone to bacterial infections and allergens, it’s best to consult your doctor about early treatments to prevent hay fever.

As always, consult your medical professional in any case where before making changes to your lifestyle.

Corticosteroids are found in either nasal sprays or pills which help prevent and treat nasal inflammation as well as reduces swelling and mucus production in the nasal passageway.

For most people, nasal corticosteroids are a safe, long-term treatment with little side effects such as nasal irritation and a bad smell.

These are the most commonly prescribed types of medications for treating Allergic rhinitis symptoms such as nasal itching, runny nose, congestion, sneezing, and sinus pressure-related headaches. Examples of synthetic corticosteroid medications include:

Using corticosteroids long-term causes serious side effects, which is why they’re prescribed in small dosages for short periods of time. Some side effects include:

Antihistamines are commonly administered by pills but are usually prescribed as a nasal spray, having no effect on congestion.

Histamines are used by the body in inflammatory responses and cause itching sensations during an allergic reaction. Examples of antihistamine medications include:

Decongestants are over-the-counter medications found in prescription liquids, tablets and nasal sprays. These are used to relieve congestion (stuffiness), which is caused by a cold virus or by the flu, sinusitis, or allergies.

Decongestants may cause several minor side effects including:

Do not consecutively use decongestant nasal sprays for more than 2 to 3 days, as it may worsen symptoms when used continuously, known as rebound congestion.

Cromolyn sodium is an anti-inflammatory chemical compound that can be bought as an over-the-counter nasal spray, usually administered several times a day.

It can also be found as an eye-drop, but only attainable through a prescription. Cromolyn sodium is very effective at relieving hay fever symptoms by preventing the release of histamine and other inflammatory immunoresponses.

Most effective when you start using it before you have symptoms, cromolyn sodium doesn't have serious side effects.

Leukotriene modifiers is a prescription drug in the form of a tablet, used for managing symptoms of allergic rhinitis, mild and severe allergic reactions, as well as preventing asthma.

Leukotriene is the main immunoresponse compound that causes allergic reactions. It’s the chemical that causes the tightening of airway muscles, making it difficult to breathe and the overproduction of mucus.

It's triggered during allergies, allergic rhinitis, and asthma. Taking leukotriene modifiers effectively treats allergy-induced asthma and is often used when nasal sprays can't be tolerated or for mild asthma. Leukotriene modifier medications include:

Montelukast is the only approved drug specifically used for treating allergic rhinitis and other allergies. Side effects of montelukast are mostly psychological, which include:

As always, consult a medical professional or doctor before taking any mediations or drugs, or if you’re experiencing psychological side effects.

Ipratropium nasal spray is a prescription drug used for clearing runny noses caused by seasonal allergies or the common cold.

It prevents nasal glands in your nose from producing excess fluid and mucus. It's not used for treating congestion, sneezing or postnasal drip.

Mild side effects of ipratropium bromide include:

It’s not recommended for people with glaucoma or men with an enlarged prostate as it may cause additional side effects.

Every herb and spice can reduce inflammation, reduce stress, anxiety, fatigue, and increase stamina as well as cognitive health.

Additionally, most of these herbs are antibacterial, antiviral, and antifungal which makes them effective at fighting infections, viruses, and most illnesses.

Anti-inflammatory foods are highly effective at reducing the symptoms of hay fever.

Symptoms of hay fever are caused by an over-response of the immune system. Foods high in polysaccharides can drastically reduce the severity of the reactions, some of which include:

Vitamin C is a water-soluble vitamin that’s essential for a healthy immune system. It’s also used in reducing histamine production and reducing most hay fever symptoms. Ginger and turmeric are both high in vitamin C.

Ginger and turmeric are spices with very healthy plant-based compounds that suppress inflammatory responses, strengthen your immune system, as well as very effective at killing bacteria, viruses, and other infections.

Foods rich in antioxidants include:

Teas made from the Camellia Sinensis plant are rich in antioxidants and healthy plant-based compounds that help relieve hey fever symptoms.

Honey contains bee pollen, which exposes your body to small amounts of allergens. This process helps your body and immune system get used to the allergens and reduce symptoms over time.

This is partly done through a process called immunotherapy, which is used to treat allergies, virus infections like the flu, and certain types of cancer.

If you’re allergic to any ingredients, do not use them as a natural remedy.

Avoiding pollen and molds can be difficult depending on your lifestyle, but it can be easily manageable while taking precautions:

Cockroaches and Other Insects

6. NPJ Prim Care Respir Med. (2018 January 23) Tell me about your hay fever: a qualitative investigation of allergic rhinitis management from the perspective of the patient 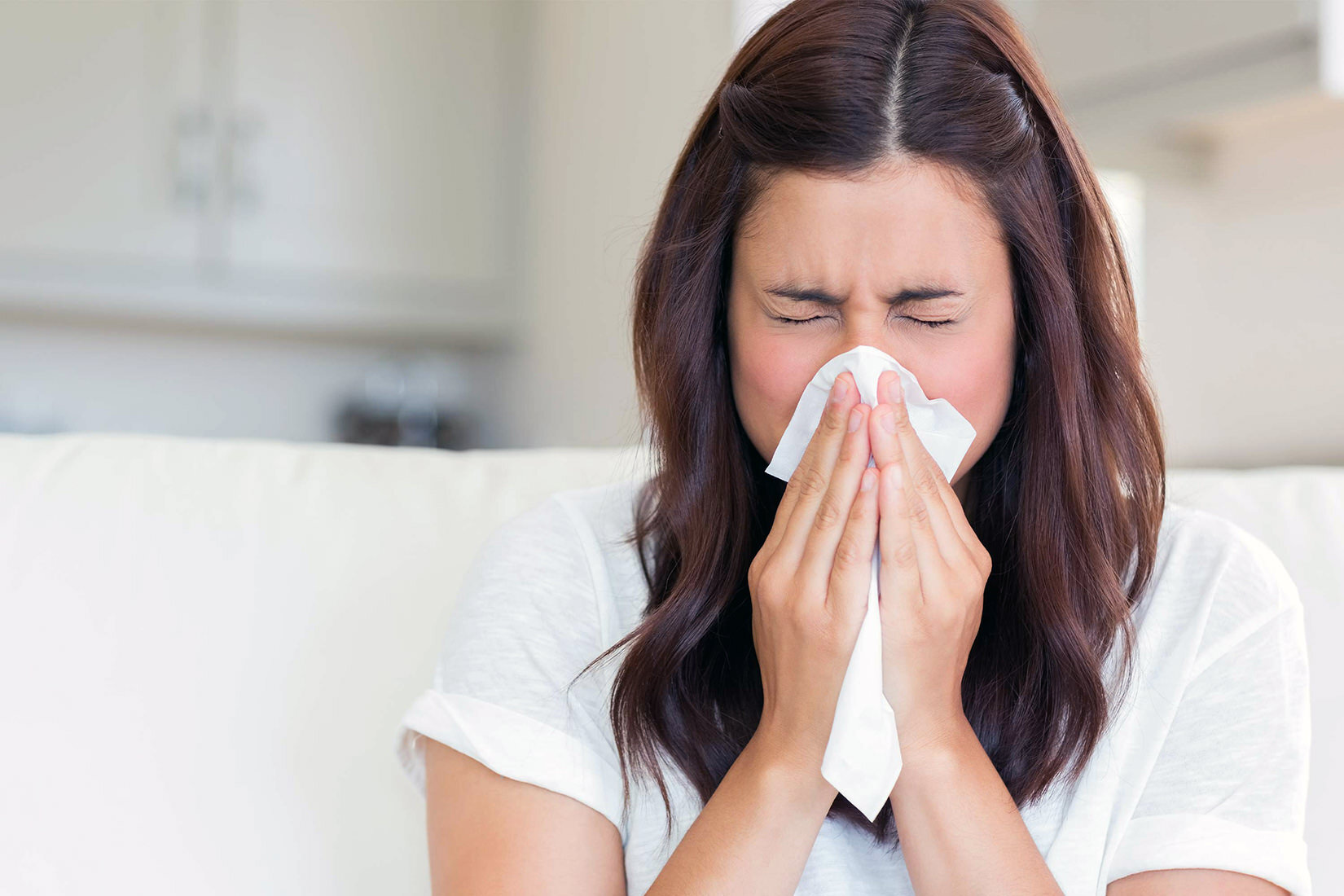 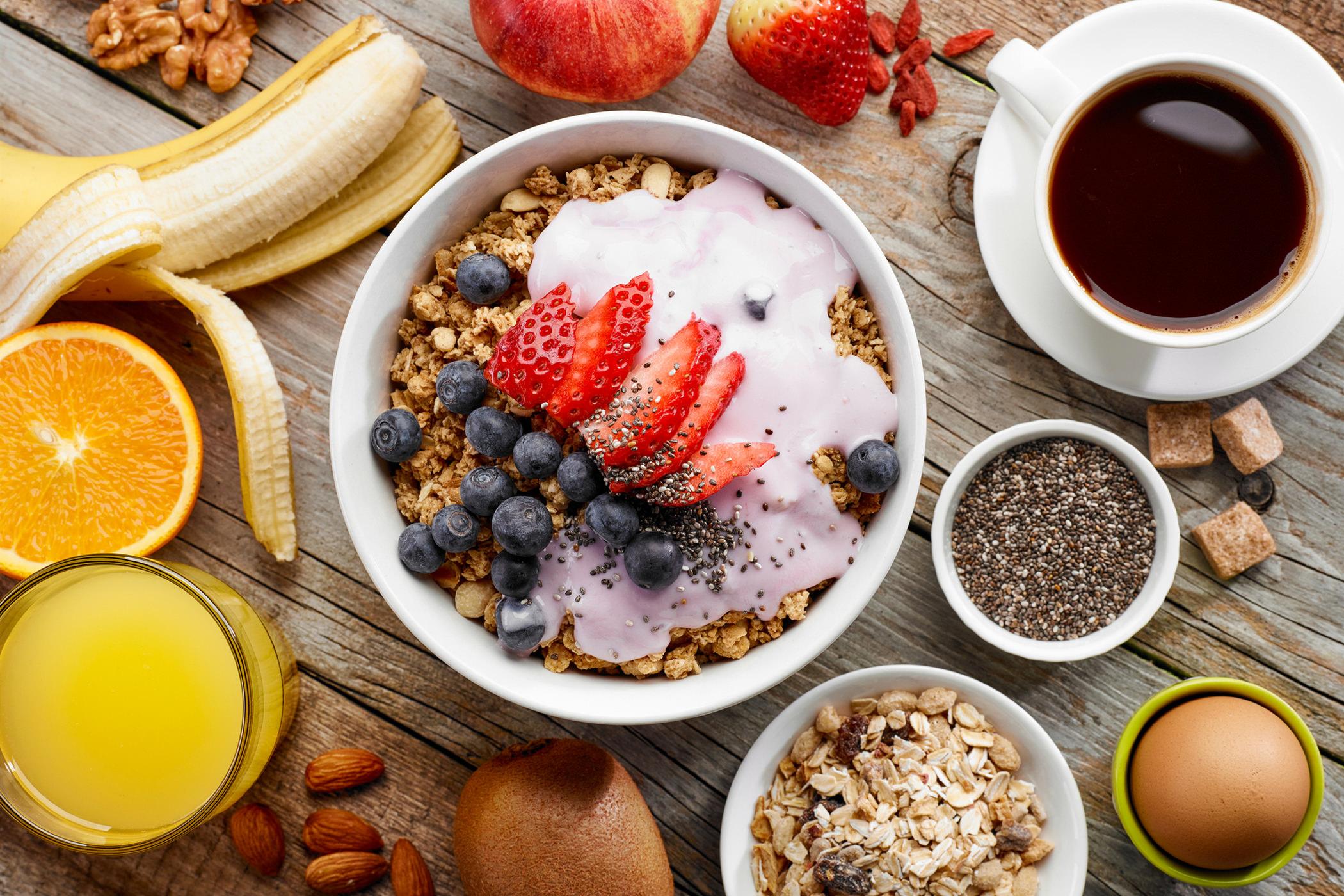 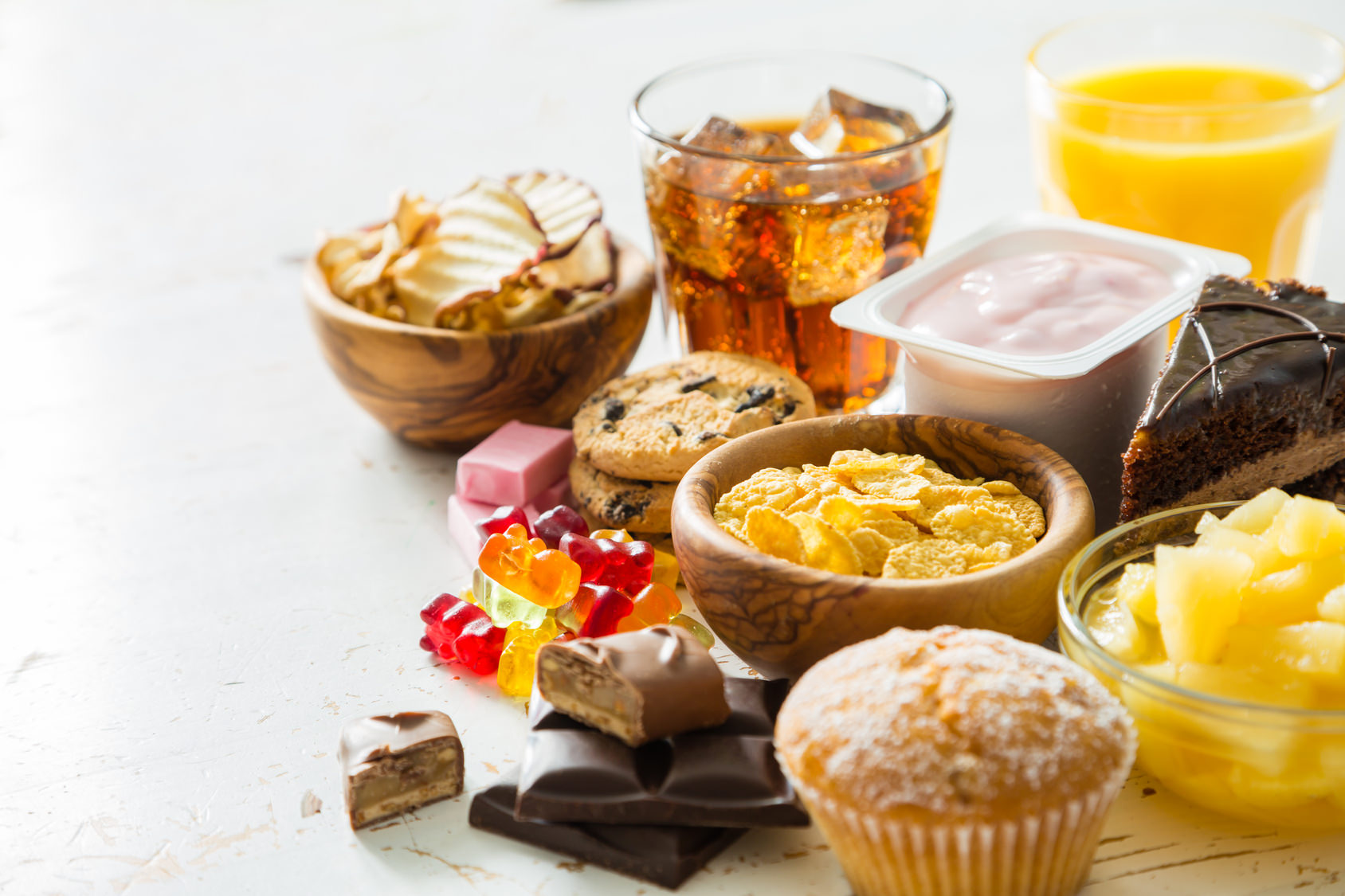 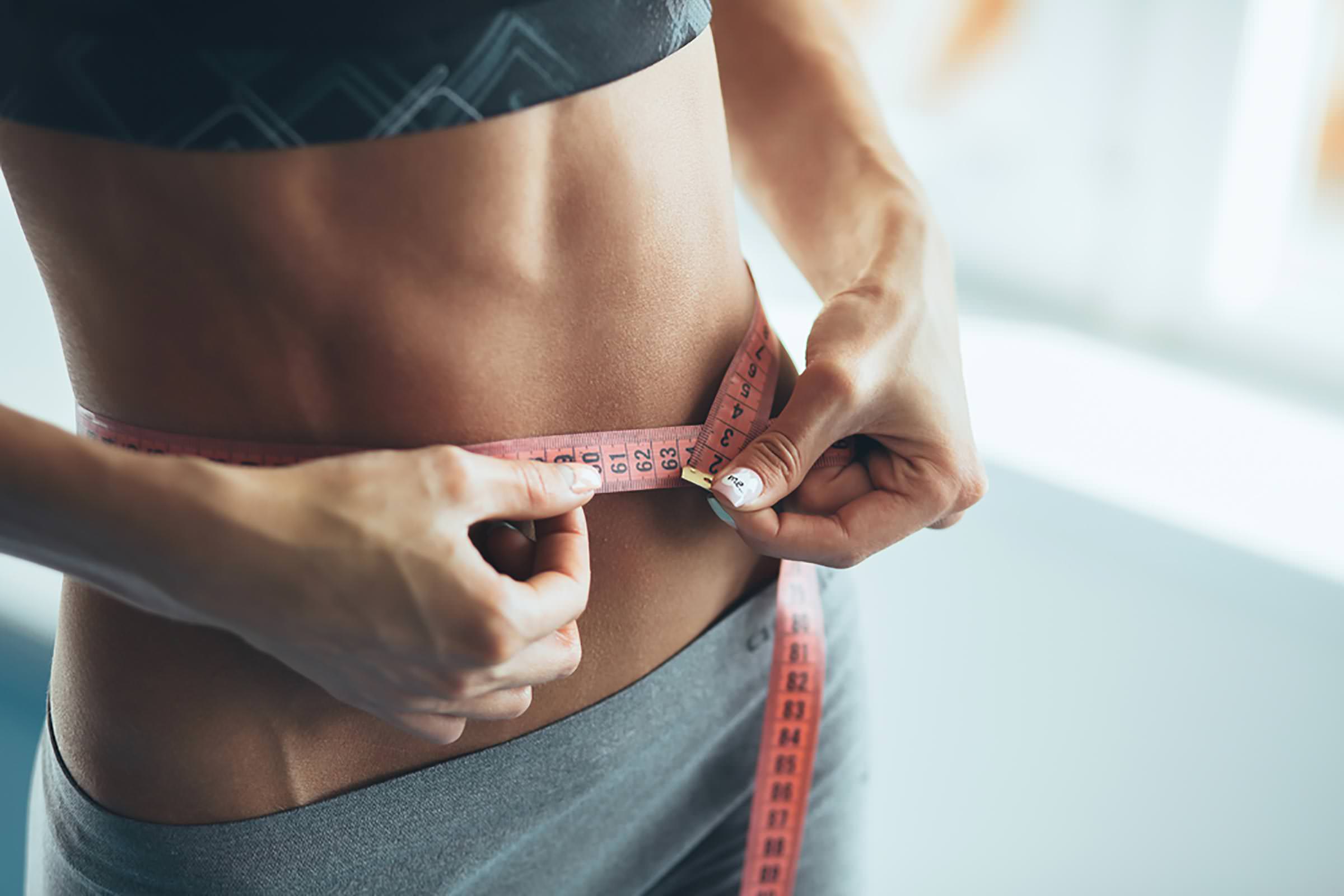 Which Diet Plan is Best for Me? 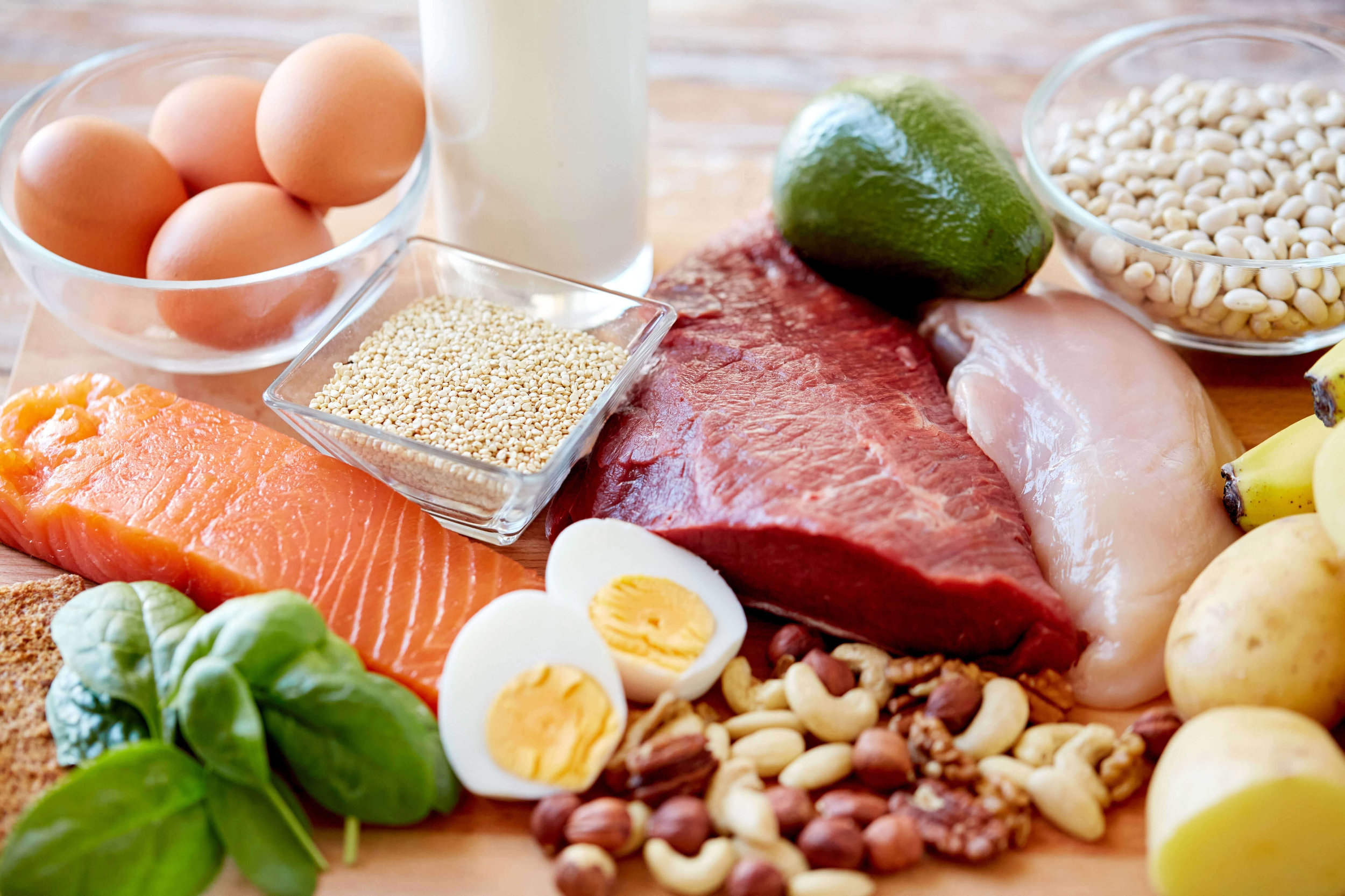 21 Foods To Eat While On A Keto Diet 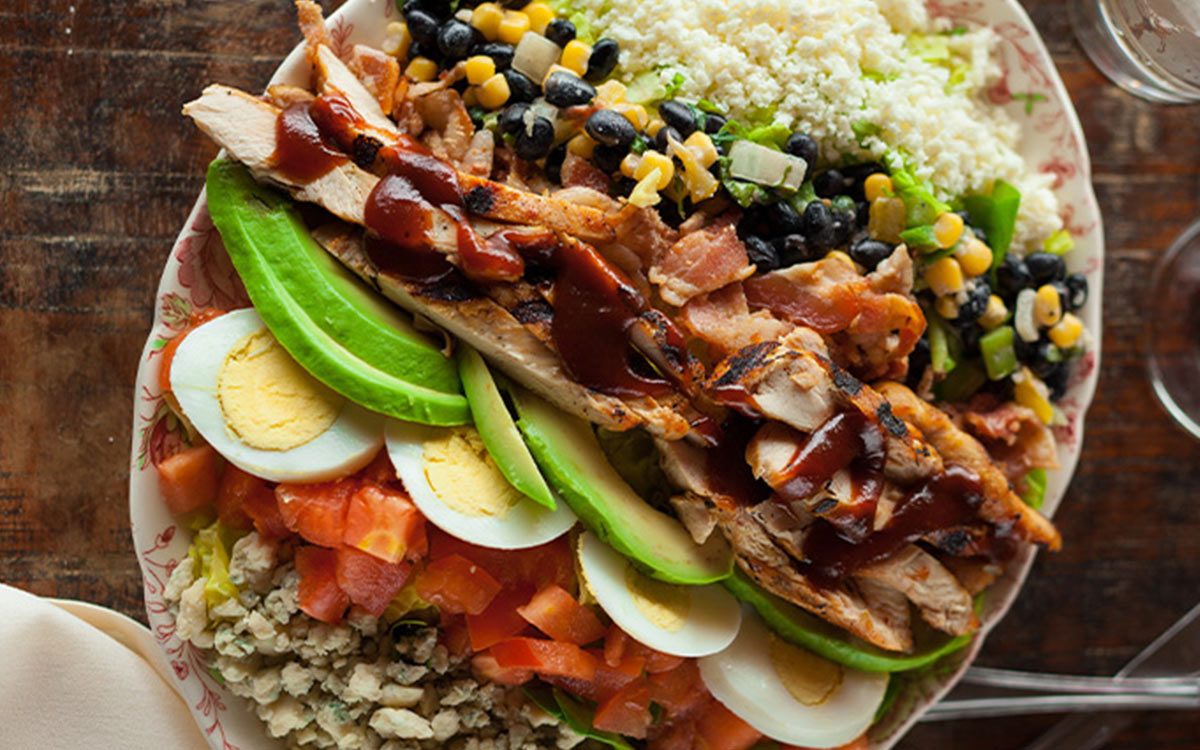 The Keto Diet: Everything You Need To Know 2019 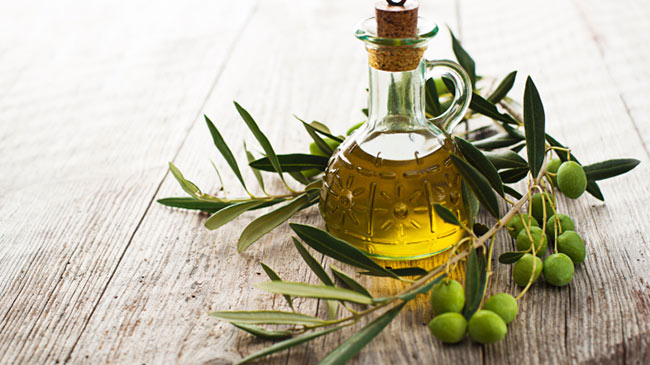